Shining a Light on LED Upgrades 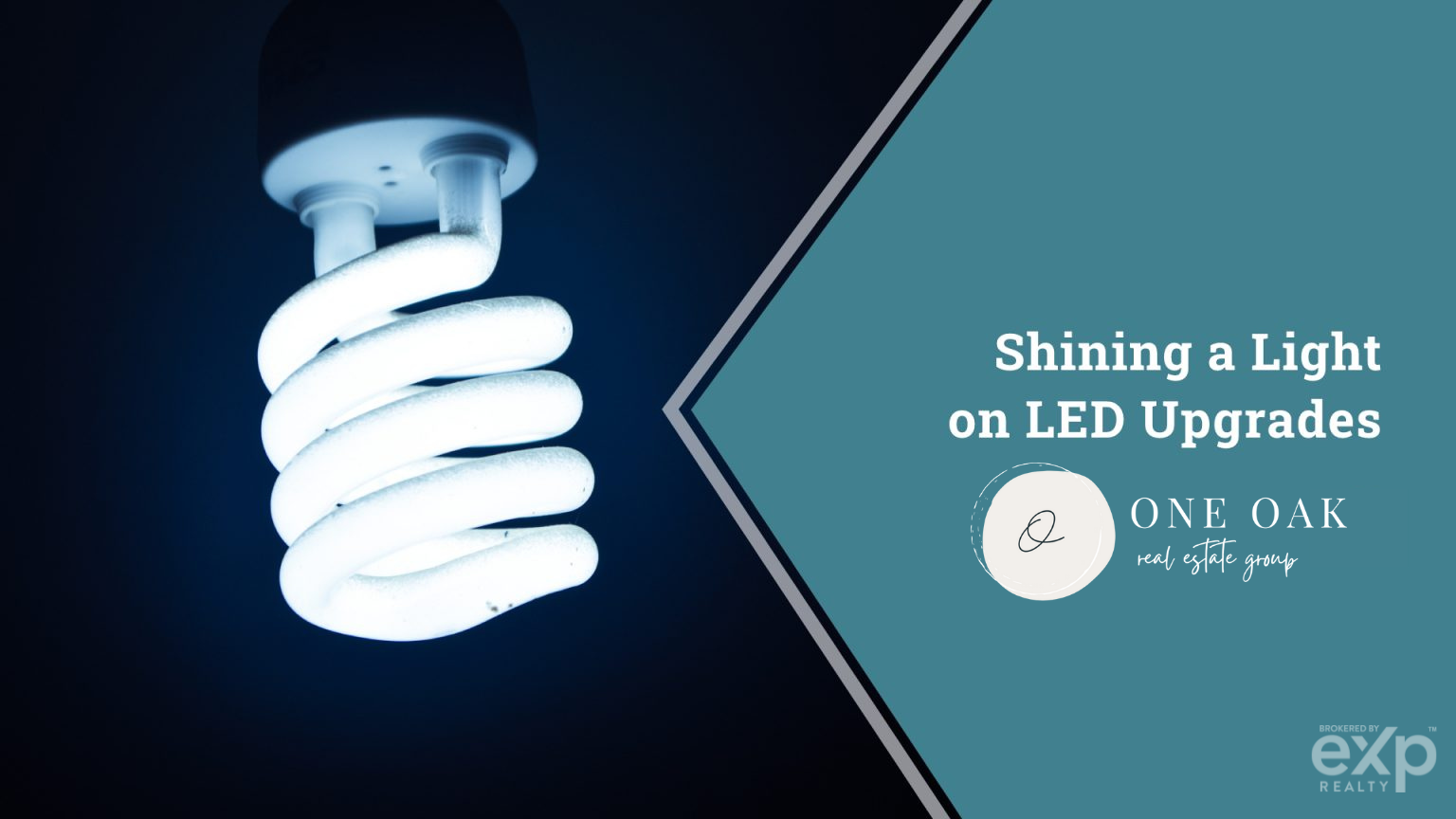 In these, the darkest days of the year, there’s nothing more important than adequate lighting. Unfortunately, firing up those incandescent bulbs costs money, and the more hours they run, the more they cost. Although change can be hard, today’s LED bulbs are better than ever, mimicking traditional bulbs in almost every way but with significant benefits to homeowners who make the switch.

LEDs Are Much Safer in Homes

Incandescent bulbs get hot. Sometimes they get very hot, especially when in enclosures like ceiling can fixtures. There are endless stories about recessed lighting catching fire because the wrong wattage bulb was put in by a homeowner in an attempt to brighten their space a little. That 100-watt incandescent bulb generates significantly more heat than a 40-watt or even 60-watt bulb.

LED bulbs, on the other hand, barely generate any heat at all no matter how bright they are or what color they put out. There’s almost no risk of fire due to overheating, making them super safe to leave running without supervision, even in a can light. Even better, LED recessed lighting kits are now available that replace the old can light housings, further reducing risk with upgraded construction.

Incandescent bulbs are really good at making light, but they’re kind of a one-trick pony. LED lights, on the other hand, are super versatile. They can have built-in speakers for music on demand in rooms like bathrooms or on covered patios where it may be awkward to keep a stereo or smart speaker. They can also be smart themselves, allowing you to change the color of the bulb based on your needs. If you’re in the mood for a blue light in your kitchen, well, just a few clicks on your phone and it’s done. If you’d rather stick to whites, but like to flip between blue hue light and yellow hue light as the day progresses, you can do that, too. You can even turn a smart bulb on and off without installing a smart switch.

The other thing that LED bulbs do is they save money and energy, and in a huge way. It might not seem like much, but running a 60-watt incandescent light bulb five hours a day adds up to about $11 a year in energy expenses – if your house has 30 light bulbs, that’s $330 a year! That incandescent bulb is rated for about a 1,000 hour lifespan, so if you only use them five hours a day, you’ll be replacing them every six months, on top of the $330 extra you’ll spend on energy. For people who work from home and may have lighting on all day, 16 hours a day, the cost of running a single incandescent bulb shoots up to $35 yearly, with a bulb change every couple of months. The electricity cost alone for those 30 bulbs is over $1,000!

Ready to Upgrade Your Lighting?

Although changing out incandescent bulbs for LEDs is something a homeowner can easily do, you may still want some help choosing smart bulbs or rewiring old can lights into sleek, modern recessed LED lights. If you need a hand, all you have to do is reach out to us. We will find recommendations for the best electricians in your area, as well as smart home experts who can advise on the latest smart LED technology!